Portugal’s education system is mixed, with both public and private institutions providing education from kindergarten through to higher education. 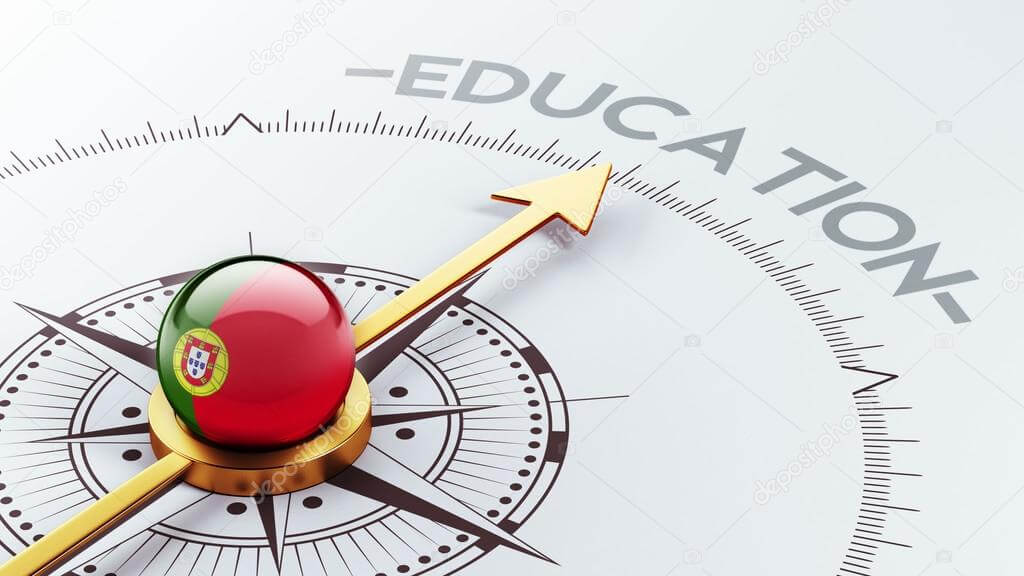 Public school is free for all citizens and foreign residents

The school year starts mid-September and ends in June. There are three school terms in a year, usually preceding holiday breaks.

The first term is from September to December, followed by two weeks of holiday for Christmas and New Year. The second term starts in January and ends two weeks before Easter. After Easter break comes the third and final school term, from the Tuesday after Easter to mid-June.

1.1 What are the Main Differences Between Public and Private Schools?

Public schools in Portugal are state-subsidized. This means education is free for all Portuguese nationals and foreign resident children. The quality of education in public schools has been improving over the years. However, public schools still struggle with issues like an aging teaching workforce and low graduation rates. 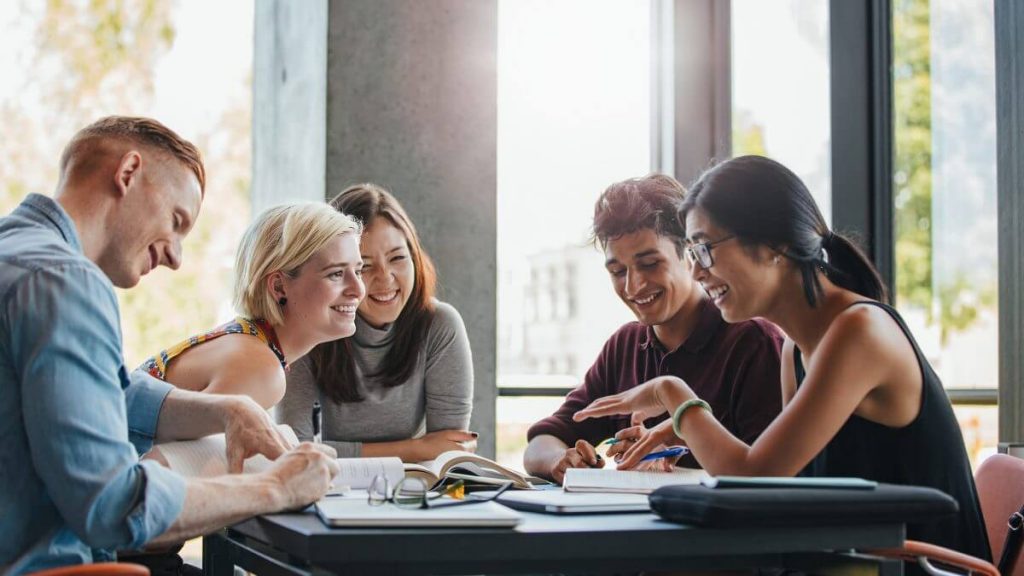 Private schools in Portugal are perceived as being of better quality versus public schools. These tend to be stricter with school hours, attendance, and compliance with school rules. For this reason, parents may choose to send their kids to private school to ensure they have a stricter and more demanding learning environment.

1.2 How to Enroll Your Child in School: Requirements and Documents

Enrollment for first-year students is done between April and June. For all other school levels, children must be enrolled three working days after their final grades are released.

Besides these standard documents, private schools may also require an interview.

Nurseries are known as infantários or creches in Portugal. These take in children as young as four months old (which is when maternity leave ends) until the age of three.

Most nurseries in Portugal are private. The few public nurseries available in the country are run by Social Security and are usually reserved for families with low income. 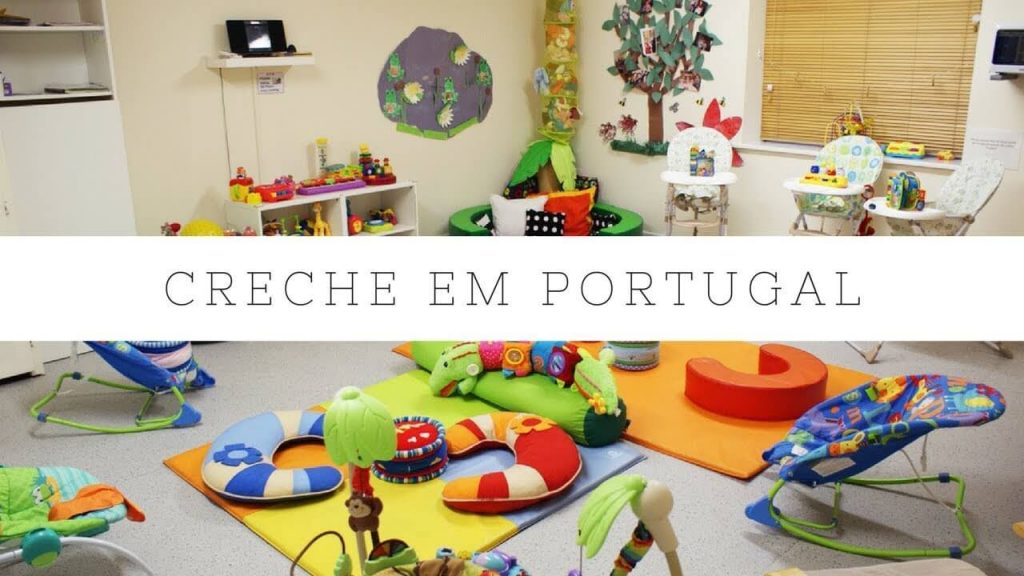 Pre-school or kindergarten is not mandatory in Portugal. This school level is known as pré-primária or jardim de infância. Children start kindergarten at the age of three and finish at the age of five or six, when they are ready to attend primary school.

You can find both public and private pre-schools in the country. The educational approach will vary slightly from school to school, but should cover five hours of educational activities for their social, affective, cognitive, psychomotor, and moral development.

Other options for daycare include ATLs which stand for Atividades de Tempos Livres. These are private institutions that receive children from six years of age, and usually fill the gap between school hours and when parents finish work. 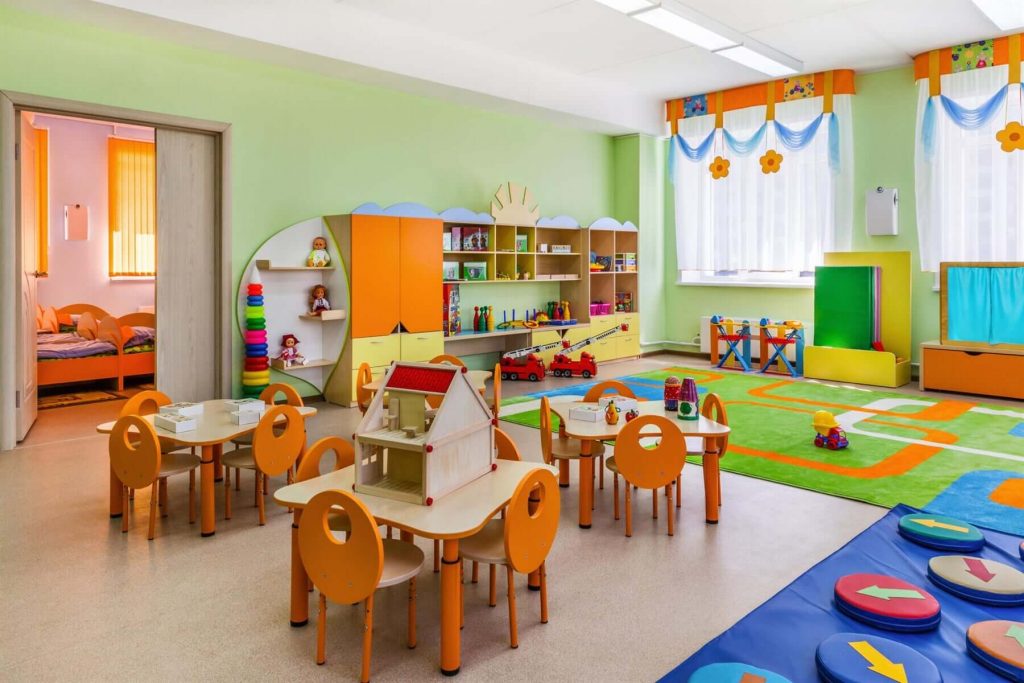 Public pre-schools are free of charge. Since vacancies are limited, priority is given to children between four and five years of age, and to children affected by social disadvantages (e.g., disability, children of young parents (minors), etc.).

Private pre-schools or kindergartens cost between 300 and 400 EUR (330–440 USD) a month, but prices can be even higher. Some municipalities have agreements with private schools to take in children when there are no vacancies in public pre-schools. Even then, parents can be made to pay up to 70% of the cost.

Primary school, or primária in Portugal, corresponds to the first cycle of basic education, years 1–4. This is the equivalent of elementary school in the US.

School hours in the country vary as these are established at a municipal level. School could start anywhere between 8:30 and 9:30 and last until 16:00 or 17:00. In total, schooling must make up five hours a day, including breaks. You can choose to send your kids to public or private school. Public schools give priority to students who live in the area or whose parents work in the area, but you can apply to any school in the country, provided they have vacancies. You can list up to five schools of your choice, in order of preference, and your kid will be placed in the first one with available spots.

These two cycles, which correspond to grades five through nine, are often grouped together. Schools are called EB 2/3 (abbreviation for ensino básico de 2º e 3º ciclo), or simply básico.

School hours depend on the school, since these are chosen at a municipal level as well. However, they must meet the minimum of 25 hours weekly.

The following subjects are taught in 5th and 6th grade: Portuguese, English, history and geography of Portugal, math, sciences, physical education (PE), visual education, information technologies, music. From 7th to 9th grade, the following subjects are added: second foreign language (Spanish, French, or German), history, geography, chemistry and physics. For all of these grades, moral and religious education is optional. Ensino secundário, or simply secundário, is the equivalent of high school in the US. It is at this level that the Portuguese education system starts branching out, preparing students for either university or the workforce.

The most common courses at this stage are:

3.4 Courses to Enroll in University

If students choose one of the courses that grant access to higher education, they will need to pick a main area of specialization:

These share a common curriculum—Portuguese, foreign language (German, Spanish, or French), philosophy, and PE. The other five subjects are related to the field of study.

At the end of high school, students take national exams which make up a percentage of their final grade. Universities typically list the national exam that is required for entry in their courses. 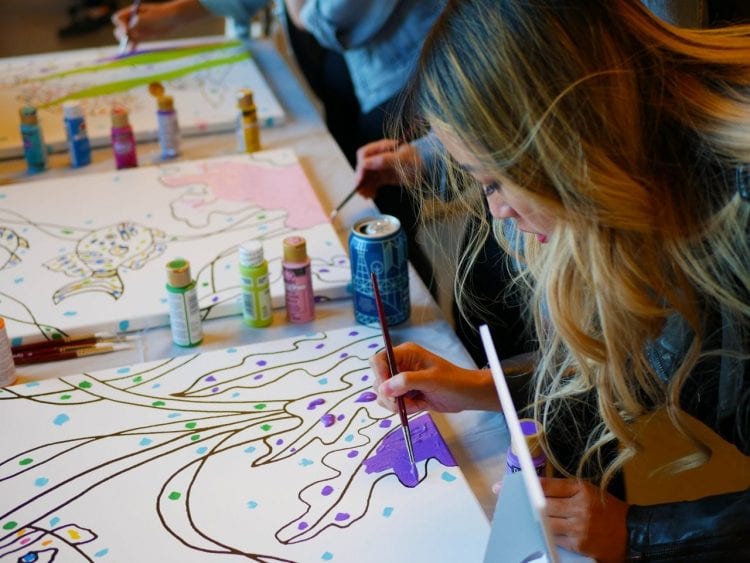 Public schools up to this education level are free for all citizens and foreign residents. Private schools, on the other hand, can be quite costly. Prices will vary from school to school, but on average, you will pay between 400 and 500 EUR (440–550 USD) a month for private schooling, from primary level to high school. 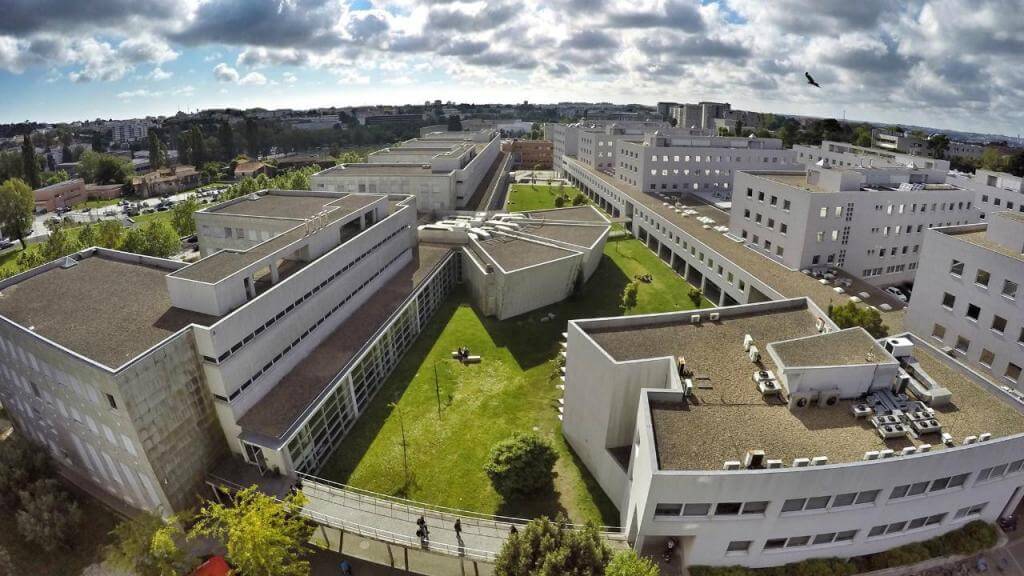 Usually schools post the required documents for admission on their websites, so it is always a good idea to read up on your preferred schools.

You will typically need the following documents and requirements:

Most schools require the child to be interviewed by the school director or other school staff as part of the admission process.

If you are thinking of enrolling your kids at an international school, be prepared to pay plenty in tuition fees. Monthly fees are usually around 800 EUR (880 USD). The minimum you would pay at an international school in Portugal is 400 EUR (440 USD), but prices can go as high as 1,800 EUR (2,000 USD) a month. Prices tend to go up the higher the school level, even at the same schools.

For most of these schools, you pay a nonrefundable fee for submitting an application, between 30 and 70 EUR (33–77 USD). Besides this, you must pay annual enrollment fees of 200 to 500 EUR (220–550 USD). Besides books and other school supplies, some schools require the use of a uniform, so consider those added costs as well.

Portugal has a long tradition of Catholic schools and these tend to be the best schools in the country.

Catholic schools in Portugal teach Catholic Religion and follow Catholic values. Although no child is excluded on the basis of the family’s religion, parents should be aware that Catholicism will play some part in their child’s education at these schools. 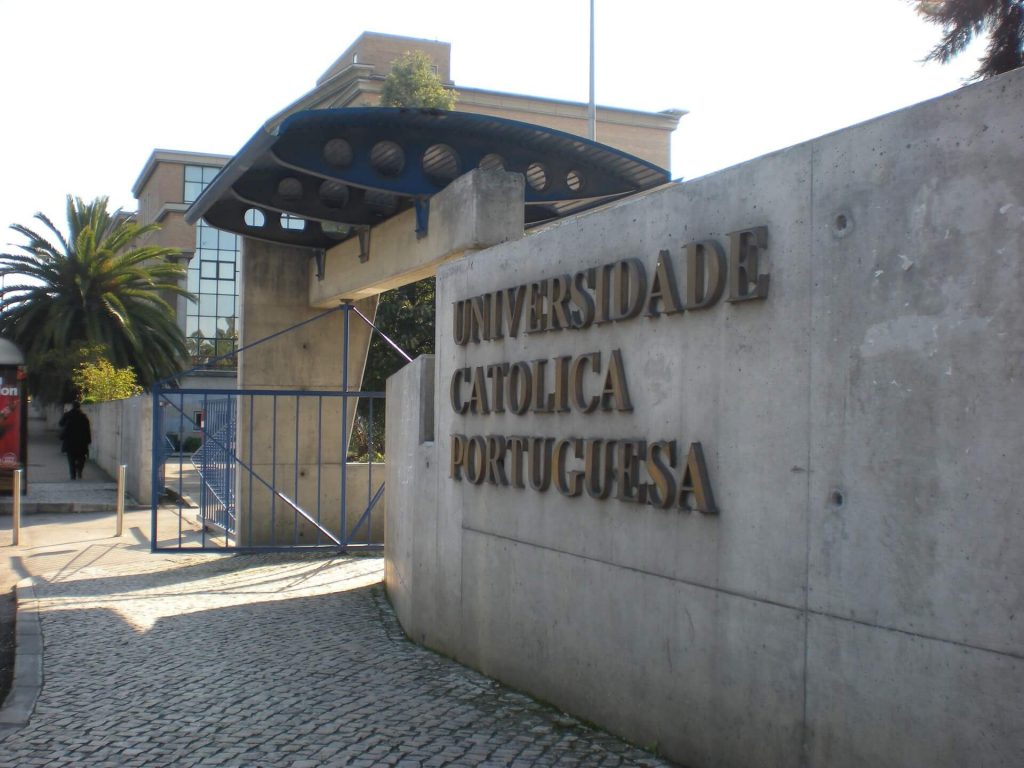 However, this pedagogic approach can be very different from school to school. While some Catholic schools may simply include the subject of Moral and Religion as part of their curriculum, others such as Opus Dei schools may have compulsory prayer before classes, preparation for confession and first communion, and other religious celebrations, either mandatory or optional.

Some of the best catholic schools are: 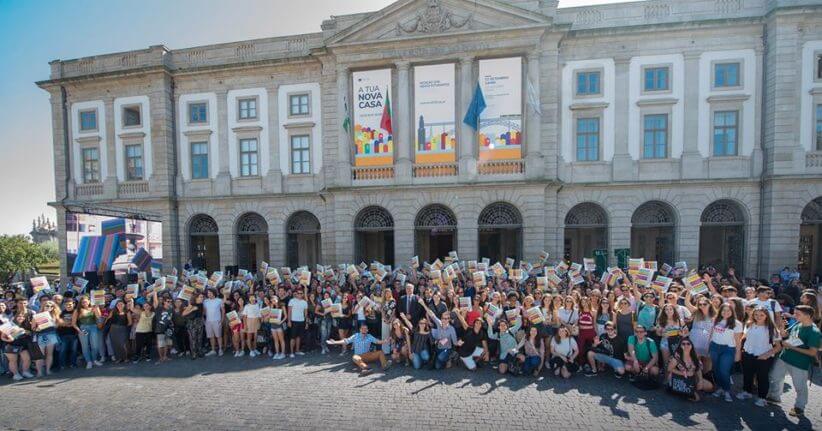 You are considered an international student if you are not a national of Portugal or the EU. However, if you have been a legal resident in Portugal for two years, or you have been living in Portugal as of January 1st of the year you wish to enroll in university, you may apply as a resident. All other students are subject to a quota of 30% of the enrollment of a given course.

According to the QS World University Rankings, these are best higher education institutions in Portugal:

Higher education in Portugal is organized in the following education levels:

Many courses in Portugal, known as “mestrado integrado,” combine both bachelor’s and master’s degrees. For these degrees, students would enroll only once and continue their school years all the way to completion of their masters. These are common for medicine, engineering, architecture, and psychology.

You may also obtain a pós-graduação (postgraduation), usually after your master’s degree, which is considered a specialization and not a university degree. 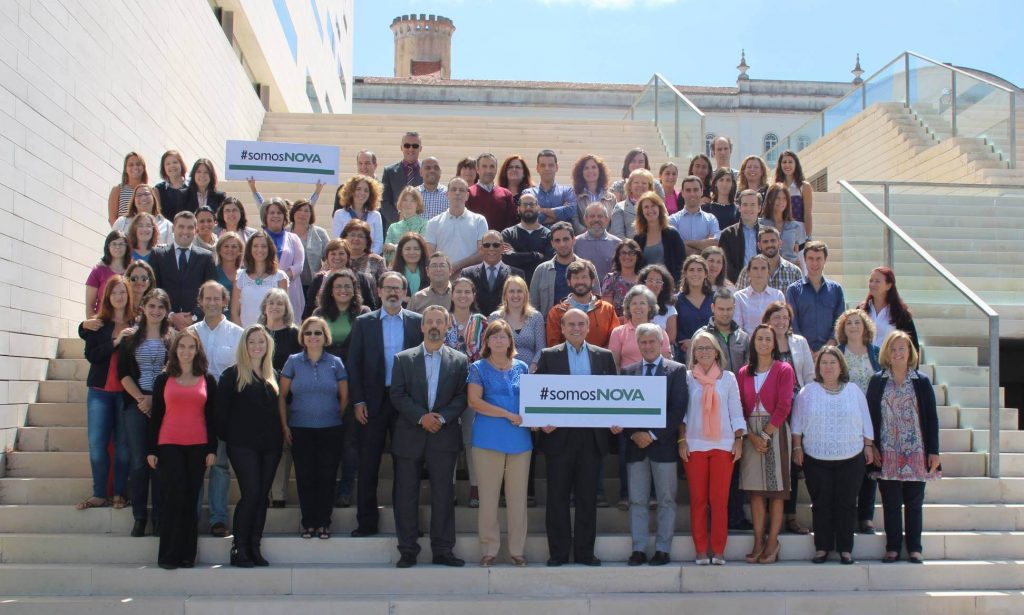 5.3 How Much Does it Cost to Study in Portugal for International Students

Unlike other school levels which are entirely free in public institutions, higher education in Portugal is not free. Students are asked to co-pay some of the costs.

Tuition fees for public university in Portugal vary by course, but these cannot surpass the maximum amount established by law, which are subject to change every year. The maximum fee for an undergraduate degree for the 2019 and 2020 academic year at a public university is 872 EUR (960 USD) a year. For some courses, tuition fees can start at 500 EUR (550 USD)

Private schools are free to choose their own pricing, which can be two to four times higher than public school fees. For private universities, annual fees tend to average 3,000 EUR (3,300 USD).

Attending language school is the fastest way of learning the local language. There are several language schools in Portugal for foreigners, and you will find no shortage of options with a quick online search. Besides specialized schools, you can take Portuguese classes with several public universities as well such as Universidade do Porto, Coimbra, and Lisbon, to name a few.

You will find courses with different durations, from short courses of just a few hours, to more intensive classes of several weeks. Language school fees are usually around 300 EUR to 400 EUR (330–440 USD) for a 60-hour course.

A government initiative called Programa PPT offers language classes free of charge. This is available to all foreign residents in Portugal regardless of their employment status or earnings. These have a duration of 150 hours for an A2 or a B2 certification. The entire course can be spread throughout several weeks or months, depending on the education center.

Climate and Weather in Cyprus