No matter what kind of weather you’re used to back home, you’re likely to find the weather in Malta pleasant during most times of the year.

1. Malta weather conditions throughout the year

If you’re looking to travel to Malta during specific months of the year, this is what you can expect in terms of weather

The below table shows you air and sea temperature averages during the year.

Spring sees the best weather of the year and the best time to go to Malta, with low rainfall and comfortable temperatures. Daytime highs are around 18°C in March, rising to 24°C in May. Evenings are still cool in March, but by May they are warm.

– Does It Rain In Spring In Malta?

There is low rainfall in spring 37mm average in March, dropping to 26mm in April then as low as 9mm in May.

Between March and May, the highest temperature ever recorded in Malta is 37.3°C, which was recorded in May 2006 that’s 17.3°C higher than the average.

The lowest temperature ever recorded during this period is 4.8°C, which was registered in March 1993 that’s 9.2°C lower than the average.

During this spring season, the highest monthly rainfall ever recorded in Malta is 125mm, which was registered in March 1995 that’s 88mm higher than the average.

– How Warm Is The Sea In Malta In Spring?

This is not ideal for swimming as the sea is at its coolest in winter and early spring, at around 16-17°C.

– How Warm is Malta In Summer?

Malta’s summers are very hot, with hardly any rain. June to September experience average daily highs of around 28-32°C. These high temperatures are often relieved by cooling sea breezes. However, the island can see temperatures soaring up into the 40s when the sirocco wind blows from Africa.

This hot dry wind blows in from Africa bringing stifling and uncomfortable temperatures. Summer nights are very warm too, with temperatures in July and August rarely falling below the 27-28°C.

– When Was Malta’s Hottest Day?

– When Was Malta’s Heaviest Rain?

The highest monthly rainfall ever recorded in Malta during summer is 390.3mm, which was recorded in September 2003 that’s 323.3mm more than the average rainfall.

The highest amount of rainfall ever experienced in a single day during summer in Malta is 226.3mm, which was registered in September 2003. 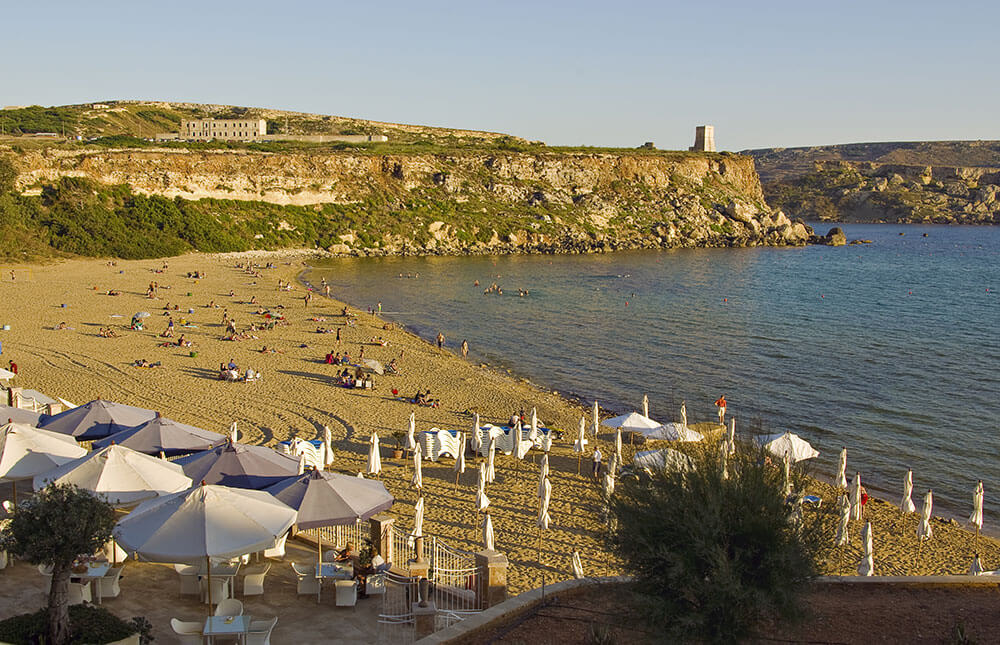 – Rain In Summer In Malta

From May to August rainfall is virtually non-existent. In fact, in July an average of 0mm of rainfall is expected, and less than 10mm is due in June and August. September, although still receiving high summer temperatures, sees more rainfall as thunderstorms begin to arrive toward the end of the month.

– How Warm Is The Sea In Malta In Summer?

Sea temperatures make swimming pleasant from June right through to November. In these months the average temperature starts from 22°C, rising up to 27°C in August.

– How Much Does It Rain In Malta In Autumn?

Increasing slightly from September, October receives an average of 77mm of rainfall. Most of this falls as heavy rain during occasional thunderstorms, meaning that these months still see a significant amount of sunshine.

November is the wettest month with an average of 116mm of rain. However, the month still receives an average of eight sunshine hours a day. This is because the rain mainly falls heavily over short periods rather than being more drawn out. 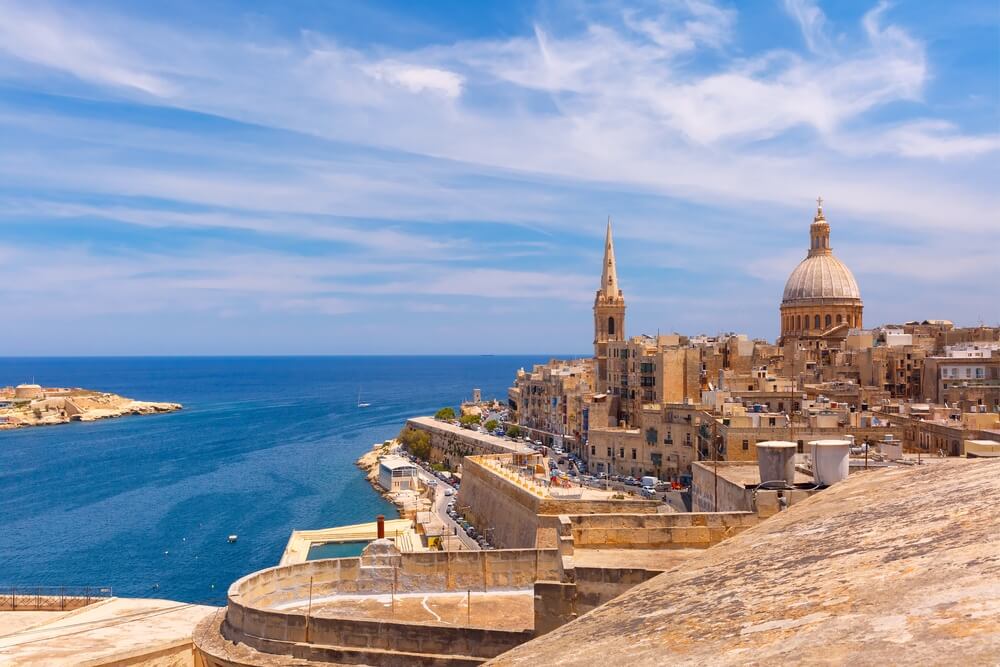 – How Warm Is Malta In Autumn?

The nights begin to cool off too, making autumn a very pleasant time to visit the island if you don’t mind the occasional rain.

The highest temperature ever recorded in Malta in October and November is 33.9°C, which was registered in October 2013 that’s 12.9°C higher than the average temperature.

On the other end of the scale, the lowest temperature ever recorded in Malta between October and November is 5.7°C, which was registered in November 1995 that’s 11.3°C lower than the average.

– How Much Does It Rain In Malta In Autumn?

The highest amount of rain experienced in a single day during this period in Malta is 193.1mm, which was registered in November 1988

Winter is mild making the island a popular destination to escape the cold weather in northern Europe. December days are often in the high teens, while January and February are only a little cooler. 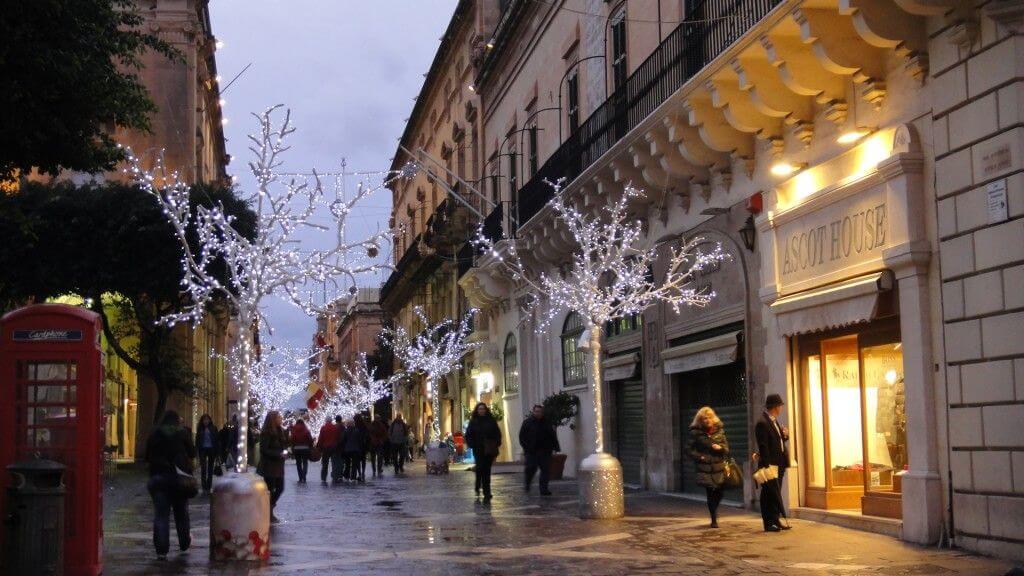 – Is It Good To Go To Malta In Winter?

Winter is an excellent time to visit Malta with average temepratures at 14°C in December but obviously higher in the day time.

– Is Malta Warm In Winter?

Temperatures rarely fall into single figures, and winter days see a good amount of sunshine seven to eight hours  a day on average.  It is, however, not uncommon to have a couple of days of stormy and very windy weather.

The highest temperature ever recorded in Malta between December and February is 24.9°C, which was registered in December 1987 that’s 10.9°C higher than the average.

Hail storms can be experienced on the island, and even the occasional ground frost. In January 2006, Malta was subject to 11 days with hail, making it the highest number of hail days on the island since 1985

In January 2006 and November 2013, Malta saw thunderstorms occurring across 16 days that’s the highest number of thunderstorms ever recorded in Malta during one single month.

While snow in Malta is extremely rare, it has been recorded on several occasions, the most recent of which was 31 January 1962.

During the summer months, both temperatures and UV scale readings can soar. The usual advice is to: