Malta is a short three-hour flight to the UK, most the population speak English, which is also an official language of the country, and the climate is pleasant all-year-round. This trio of treats joined with the low cost of living in Malta, and you have the perfect combination for a UK expat choosing their new home country. Read more about Malta immigration program

Over recent years, the rapid economic growth experienced in Malta has sent shock waves throughout Europe. More than 46,000 foreign workers have come to Malta since 2018 to keep up with the impressive economic demand, with thousands more needing to be outsourced by 2019.

Valetta, Sliema and Gozo are among the most sought-after Maltese cities for UK expats moving to Malta. Despite their ever-growing popularity, all still have much cheaper living costs than the UK. Please read the Cost of living in Malta compared to the other countries

The affordability of Malta property prices depends significantly on the area, and whether you are renting or buying. Renting in Malta is recommended if you are new to the country, to make sure you choose the area most suited to your lifestyle.

But, renting is the most expensive factor on the overall cost of living in Malta; it is also the most variable. If you don’t mind too much about living in a popular or central area, you can rent an apartment for roughly €600 per month. If you are looking for central Sliema, Valetta or St.Julians, you can expect to up to €1,000 per month. Such prices are still cheap when compared with renting an equivalent property in London.

Cost of Utilities in Malta

One welcomed advantage on the cost of living in Malta compared to the UK is considerably cheaper utilities. The cost of essential utilities such as electricity, heating, water and cooling is approximately €81.72 per month for a one-bedroom apartment in Malta. This cost equates to £72.26.

The same utility bills for a residence of the same size in the UK costs roughly €164.07, which equates to £145.08. So, when you compare the two side-by-side, the cost of your monthly utility bills in Malta is approximately 50% than in the UK.

Flights for all destinations arrive at MaltaInternationalAirport (MLA, also known as Luqa by locals). Buses, taxis and dedicated airport shuttle services are frequent and reliable. There are also fast and frequent ferries to and from Italy.

The transport system in Malta is efficient. Buses are the main form of public transport and offer a cheap and frequent service to many parts of Malta and Gozo. The Maltese drive on the left, as in the UK. The speed limits are 80kph (50mph) on highways and 50kph (30mph) in urban areas). It’s advisable to have at least third party insurance.

Foreigners who have an EU licence may drive in Malta until their license expires and those who have a non-EU driving license may drive in Malta for up to 12 months, but must then apply for a Certificate of Local Registration of Visitor’s Driving Licence, which is issued on the spot and is free of charge. Visitors driving their own car do not need to have their licence endorsed.

Cost of healthcare and education in Malta

Malta is in the top six of EU countries when it comes to overall medical management. Public healthcare is free for the following:

However, if you don’t fall under the above mentioned, medical care is readily available through insurance. Standard health insurance runs at €90/year to cover basic medical needs; a full medical plan at €350/year provides full coverage and access to any doctor in most private clinics. Education is highly regarded in Malta. The public education system in Malta is free for all who attend, regardless of nationality. Expats do have the choice of enrolling in private schools, however, these schools do come at a premium price.

Compared to the rest of Europe and its major cities, Malta’s food cost is just slightly cheaper. With basic local commodities running at lower prices compared to imported goods, depending on the way you choose to shop will be the deciding factor on cost. More on par when compared to other cities, Malta hosts many designer fashion outlets, catering to expats and tourists. If you think of moving to Malta you can find the best deal in Malta and pay less for your food and activities here. It is always better to know the good offers the island can offer to you.

Food and drink prices also vary depending on the location: items sold in tourist areas are more expensive than in other areas. Supermarkets or tiny “hole in the wall” type outlets which sell pastizzi, pizza and pies, are the best choice for those on a budget because of their lower costs. Some examples of average prices are: soft drink from 1 to 1.50 euros; water 0.80 euros, sandwich from a cafeteria 1.50- 2.00 euros, Bread 0.80 euros.

Valletta vs. The World

Here’s how Malta’s capital Valletta compared to other cities around the world when overall cost of living is taken into consideration:

Cost of living in Valletta is 40% cheaper than in Bern, Switzerland

Cost of living in Valletta is 22% cheaper than in Atlanta, Georgia

Cost of living in Valletta is 7% cheaper than in Nice, France

Cost of living in Valletta is 10% cheaper than in Birmingham, England

Cost of living in Valletta is 23% cheaper than in Stockholm, Sweden

Cost of living in Valletta is 35% cheaper than in Dublin, Ireland 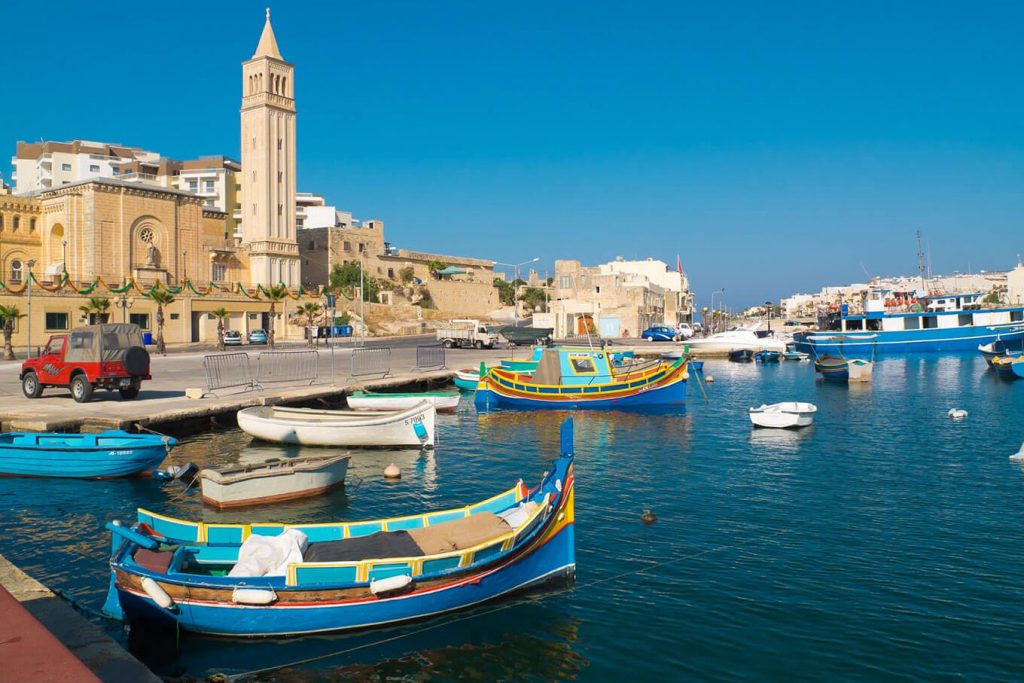 Summary of cost of living in Malta