After CBC investigated CRA scams in India, that country worked with Canada to help fix it. Hopefully this latest investigation pushes Ottawa to work with China to shut down paper job scams operated from Chinese soil.

This is an opportunity to show the world that, notwithstanding some current pressing irritants, China and Canada can publicly show they are still working together right now to assist Canada.

The foreigner who wants to be an employee hands over cash, some of which covers their own future salary for at least a year of full time employment and the deductions the employer has to pay the CRA.

The employer then doles out cash regularly to the employee’s bank account and to CRA. This creates a fiction of continuous employment in Canada at a specific job at a specific place for at least a year.

The “work experience” from the paper job can then be used to upgrade the employee from a temporary foreign worker to a permanent resident of Canada. The free medical care that comes with being a resident is a bonus.

Meanwhile, the organization that coordinated the scam from outside Canada gets a hefty payment for its role.

Immigration officials in Canada know how they could fix this, if they were allowed to. It’s the same tactic in place to prevent immigration via marriage scams. 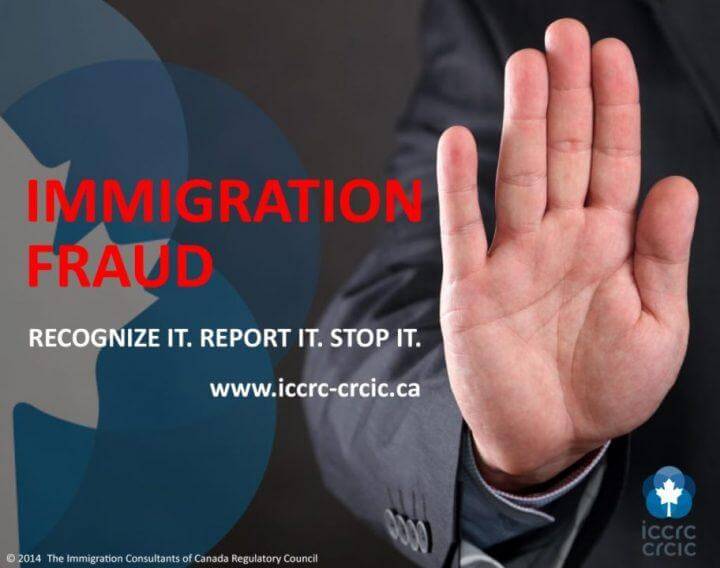 In a marriage scam, the Canadian spouse receives money for sponsoring the foreigner at a market rate of at least $50,000.

Forget about whose fault it is. Fix it. – Richard Kurland

Some call this a victimless crime where “everyone” wins.

The losers are Canada and our immigration program.

The policy solution to uncover a “marriage of convenience” is simple: the interview. Interview the couple together and separately. Our immigration people are highly trained. It does not take long before stories pop and truth is uncovered.

The same solution could work for paper job scams in places like Atlantic Canada, where the number of both immigration officials and immigration staff are relatively small. Bring the employee and the employer into the immigration centre and interview them, both together and separately.

As in the marriage interviews, it will not take long before stories pop and truth is uncovered.

On top of catching scammers, there would likely be a deterrent effect. The marriage scam market in China largely evaporated after Ottawa made the decision to send specialized teams of Canadian immigration officers to systematically interview large numbers of spousal cases. Bad guys didn’t try it anymore.

Ottawa may want to consider systematically interviewing work-based immigration cases for a while.

Forget about whose fault it is. Fix it.

Immigration scams take many forms. These passports and stamps used in a scam by New Can Consulting were seized by Canada Border Services Agency. (CBSA)