Introduction the climate of Portugal

In summer, Portugal is protected by the Azores High, so it’s usually sunny everywhere, however, a few weather fronts can still affect the northern part of the country. In the rest of the year, and especially from November to March, rainfall can occur, especially in the north where it is more frequent and abundant. Therefore, the landscape in the north is definitely green, while it gradually becomes more arid towards the south, down to Algarve, which has a fairly dry climate.

In winter, there are periods of good weather when the Azores Anticyclone settles in the country, but there are also waves of bad weather, with rain and wind. Sometimes, gale force winds may blow from the ocean, especially in the north. 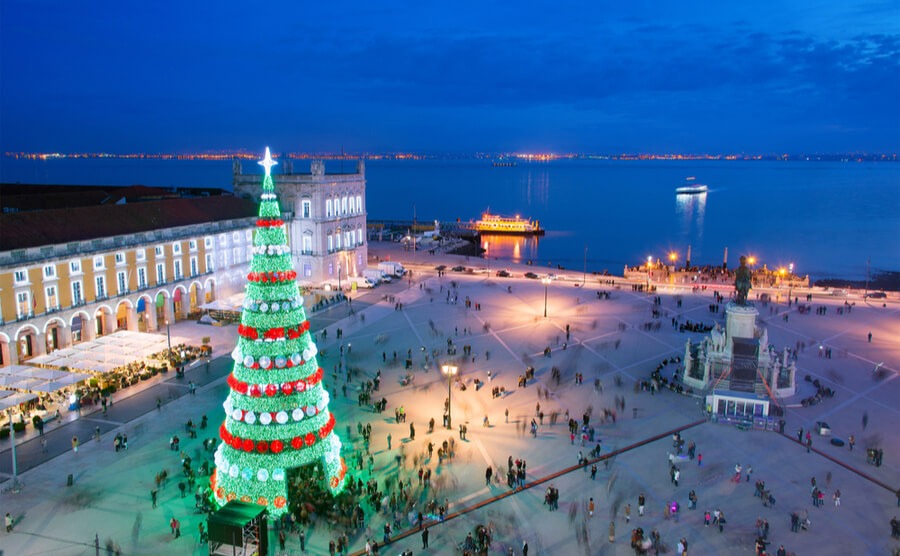 The position of the country, overlooking the ocean, provides good shelter from cold winds and night frosts, which, in fact, are very rare and not intense: the coldest records along the coast are around -1/-2 °C (28/30 °F).

Summer, from June to mid-September, is sunny, and it’s mild or even cool on the northern coast, and warm in the center and south. In Porto, the daily average temperatures in July is 20 °C (68 °F), with highs around 24/25 °C (75/77 °F). In Lisbon, the average in summer is higher, and reaches 23.5 °C (74.5 °F) in August, with highs around 28 °C (82 °F). However, in the coastal areas most exposed to ocean winds (see Peniche, Sines, Sagres), it is cool even in summer. The Algarve coast is more sheltered, and therefore the temperatures are similar to those of Lisbon.

The heat is more intense in the interior, especially in the south-central, in the plains and in valleys at low altitudes (see Évora, Beija), where sometimes it can be scorching. 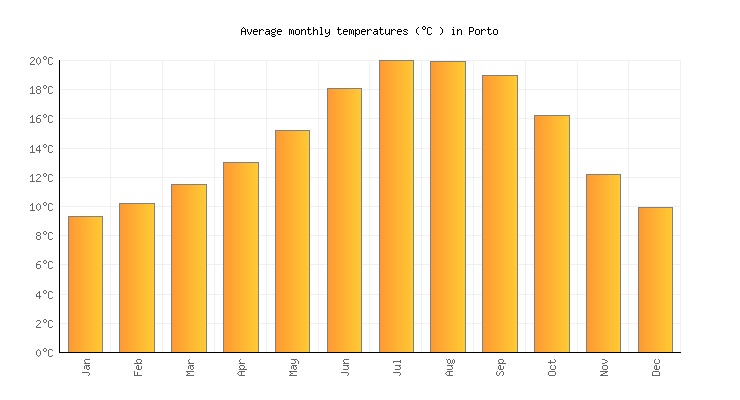 The best months to visit the cities of Portugal are May, June and September, since in July and August, it can sometimes be hot. However, given that in the north (see Porto), hot days are rare even in mid-summer, you can visit this area from June to September.

Winter is mild, but it can be very rainy and windy, especially in the north, and it can be cold in inland areas. Summer is generally not too hot, except during the short periods when the wind blows from Africa and the temperature can exceed 35 °C (95 °F), which happens especially in the center and south.

If you want to go on a beach holiday, the best period is summer, especially July and August (and also the first half of September in the center and south), however, as mentioned, the temperature of the ocean is not high, and is definitely cool on the north coast. In winter: for Lisbon and the south coast, bring spring/autumn clothes, a sweater, a coat, a rain jacket; you can bring a jacket a bit heavier and a hat for Porto and the northern coast. For inland and mountainous areas: warm clothes, such as a down jacket, a hat, a raincoat or umbrella.

In summer: bring light clothes, a sun hat, a light scarf for the sea breeze, a sweatshirt for the evening; a sweatshirt and a light jacket for the north and the mountains.

Cost of Living for an Immigrant in UK