The catching, processing, and exporting of fish continue as important but declining industries. The near-complete destruction of cod stocks has decimated this traditional component of the fisheries. However, lobster, scallops, and other shellfish, along with haddock and herring, remain important catches in Nova Scotian waters. Aquaculture is an increasingly significant facet of the fishing industry.

Mining is another major industry in Nova Scotia. Traditionally, coal was the leading mined product, but many coal mines closed in the late 20th and early 21st centuries. Salt and anhydrite production meet a wide demand, and the provincial gypsum deposits yield about three-fourths of Canada’s supply. There are significant resources of barite and construction materials, such as sand and gravel. The continent’s first tidal energy project, completed in 1984 near Annapolis Royal, harnesses the tides of the Bay of Fundy to enhance the province’s hydroelectric energy output. Natural gas is pumped from wells located off Sable Island and carried to the mainland via pipeline.

Food processing, wood- and paper-related industries, metal production, and many smaller industries provide a solid manufacturing base to the provincial economy. However, most of the labour force is employed in public and private services. Tourism is a particularly strong service industry, with more than a million people visiting the province each year. More than one-fourth of provincial workers are employed in knowledge-based service industries, such as telecommunications, computer technology, and education. In fact, more Nova Scotians work as teachers and university professors than as fish-processing, forestry, and construction workers combined. Also significant for the economy are several Canadian Forces military bases located within the province. Provincial income is derived from two main sources: various provincial taxes and fees and the federal government. Important taxes levied by the province include personal and corporate income taxes, a sales tax, and a fuel tax.

Shipping remains a major enterprise in Nova Scotia. Point Tupper accommodates the world’s largest oil carriers, and Halifax, a railroad terminus and year-round ice-free port, has facilities for all types of vessels, including huge container ships. Other transportation needs are served by a network of paved highways, by a trucking industry that has largely displaced local rail service, and by an international airport at Halifax and several smaller airports. Car and passenger ferries operate between Nova Scotia and ports in New Brunswick, Prince Edward Island, Newfoundland and Labrador, and the U.S. state of Maine. 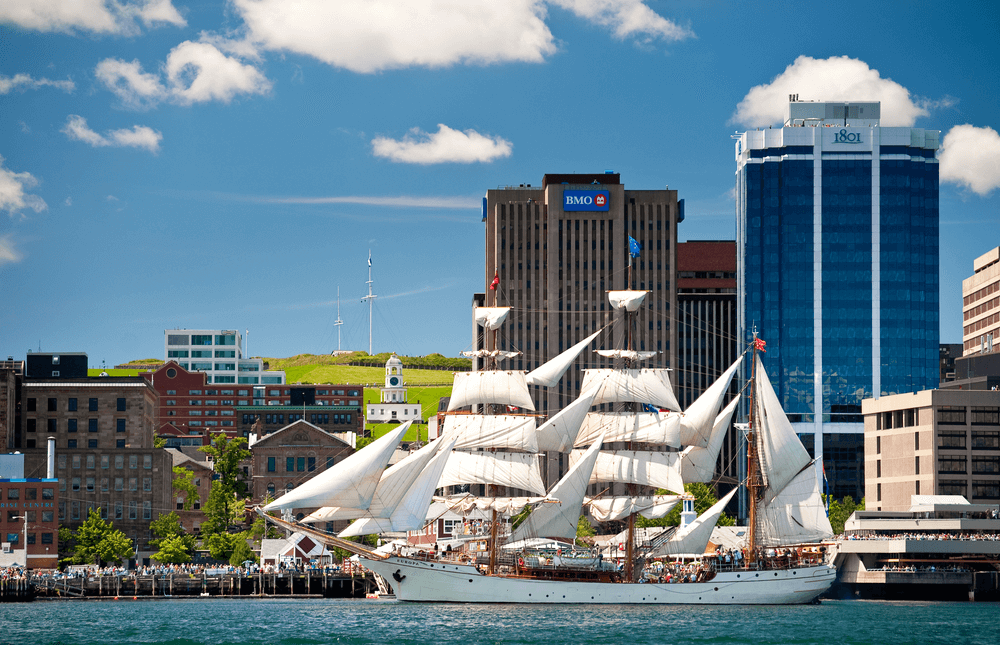 Looking to invest or expand in North America? Discover all of the advantages of investing in Nova Scotia, Canada.

Canada is the easiest place to start a business in the G20, according to the World Bank.

Canada has the most educated talent pool in the OECD.

Canada attracted the most FDI flows per capita in the G7 in 2007-2016, as reported by the United Nations Conference on Trade and Development (UNCTAD).

With the provisional implementation of the Comprehensive and Economic Trade Agreement (CETA), businesses in Canada now enjoy preferential access to a global market with a combined GDP of US$ 41.4 trillion.

Located on Canada’s east coast, Nova Scotia offers companies unique operating benefits and advantages. As a result, world-leading companies, such as NTT Data and Mitsubishi UFG, are locating and expanding in Nova Scotia, Canada, and benefitting from:

Extend your reach to key markets 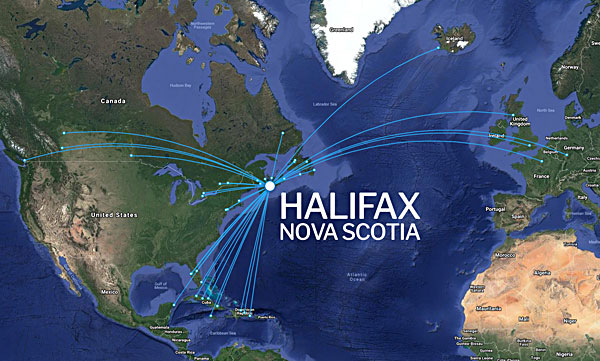 Attract workers with the skills you need

Where people want to live and work

Nova Scotia provides competitive advantages for investors and has one of the most diverse economies in Canada with many strong industry sectors including:

Some green cards just got a lot more expensive