Quality of Life in Australia

Quality of life is a difficult measure to determine; many factors affect an average person’s capacity to live in any given place such as crime, access to healthcare, political stability, infrastructure and that is without taking into account any significant personal circumstances, of which everyone has.

The Human Development Index (HDI) is one of the most widely respected and quoted measurements of a country’s development in terms of quality of life for the average person. While countries such as China have rapidly developed in recent years, the quality of life for most people remains relatively low.

The United Nations Development Programme carries out the most widely used Human Development Index and takes into account the following conditions:

The most recent HDI was published in 2017 and ranked Australia second in the world, behind only Norway. All Australians are guaranteed the following rights:

Australia’s tradition, which originally lay in its British colonial history changed drastically in the aftermath of World War II; the country’s population grew significantly – from 7 million in 1945 to almost 25 million today, including 6.5 million migrants.

Like few other countries in the world, Australia is a country fuelled by migration. While the Indigenous Australian culture still holds significant influence in Australia, the country’s culture and lifestyle has been infused with Greek, Asian, Middle Eastern and many other cultures, all against a familiar British backdrop. 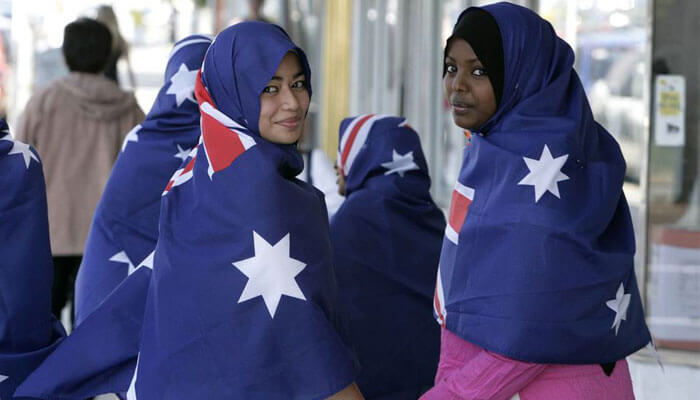 The national language of Australia is English but there are over 200 languages, including many Indigenous Australian languages, spoken within its borders.

While the majority of people can speak English, some people find it hard to adjust the Australian accent and an increase use of slang compared to other English speaking countries.

However, there is ultimately little difference between Australian English and British English, both the dialect and the spelling.

Australian interaction tends to be more informal than in Britain, colleagues will often call each other by their first names

Australia, a huge country of more than 7.5 million square kilometers (3 million square miles), has largely an arid climate, classified as desert or semi-desert, except in the extreme north, where it is tropical (with a rainy and a dry season), and on the southern coasts, where it is more temperate, oceanic or Mediterranean. However, even non-desert areas are subject to sudden increases in temperature, caused by hot and dry winds coming from the desert, sometimes accompanied by sand.

Being in the Southern Hemisphere, Australia has, of course, reversed seasons in comparison with Europe or North America.

Climate and Weather in Cyprus