1. Introduction about weather in Nova Scotia

Nova Scotia is a maritime province of south-eastern Canada, extended from parallel 43 to parallel 47 north, and is formed by the peninsula of the same name, which is stretched from the continent, and the island of Cape Breton, which is very close to the same peninsula. Then there are several smaller islands. 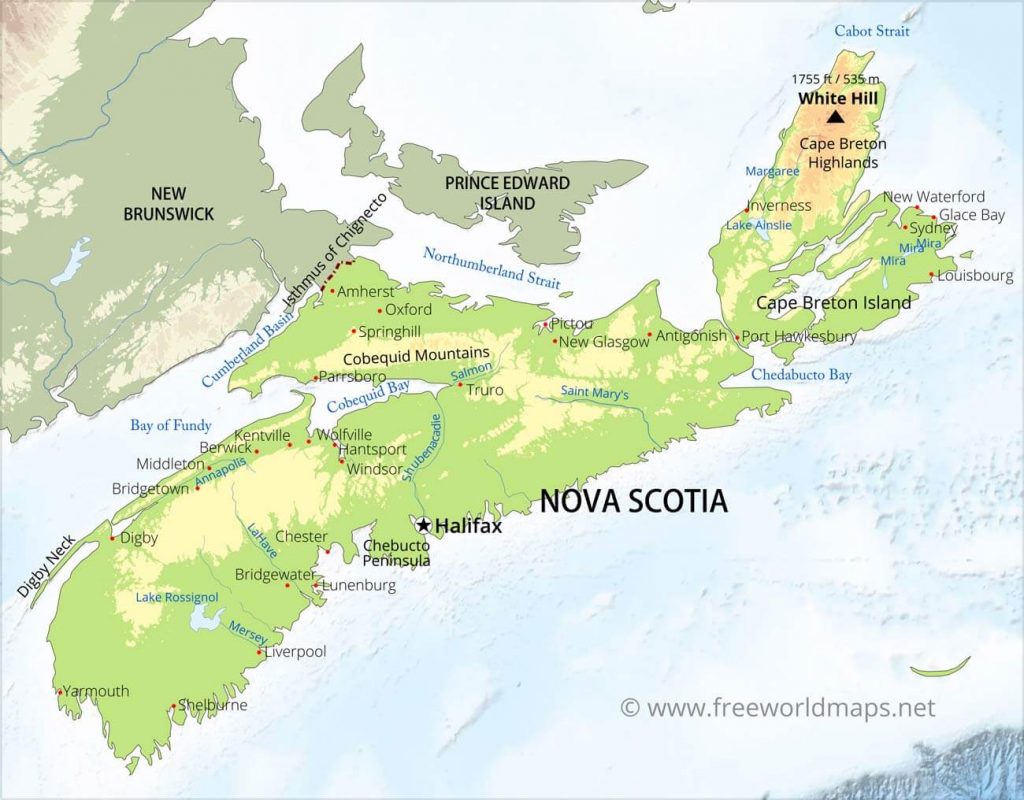 We are in an area characterized by the continuous clash of air masses, which makes the climate unstable, windy and rainy (and snowy in winter). Furthermore, fogs are frequent along the coasts, especially the southern one, due to the infiltration of damp air coming from the south (in fact, the Gulf Stream flows not far away).

Snowfall is abundant: generally, 1 and a half meters (59 in) of snow fall per year on the southern coast, 2 and a half meters (98 in) on the northern one, and up to 4 meters (157 in) in the north of Cape Breton island (see Ingonish). Usually it snows from late November to early April. In winter, snow storms can occur, called “nor’easters” because they are brought by strong winds from the north-east. 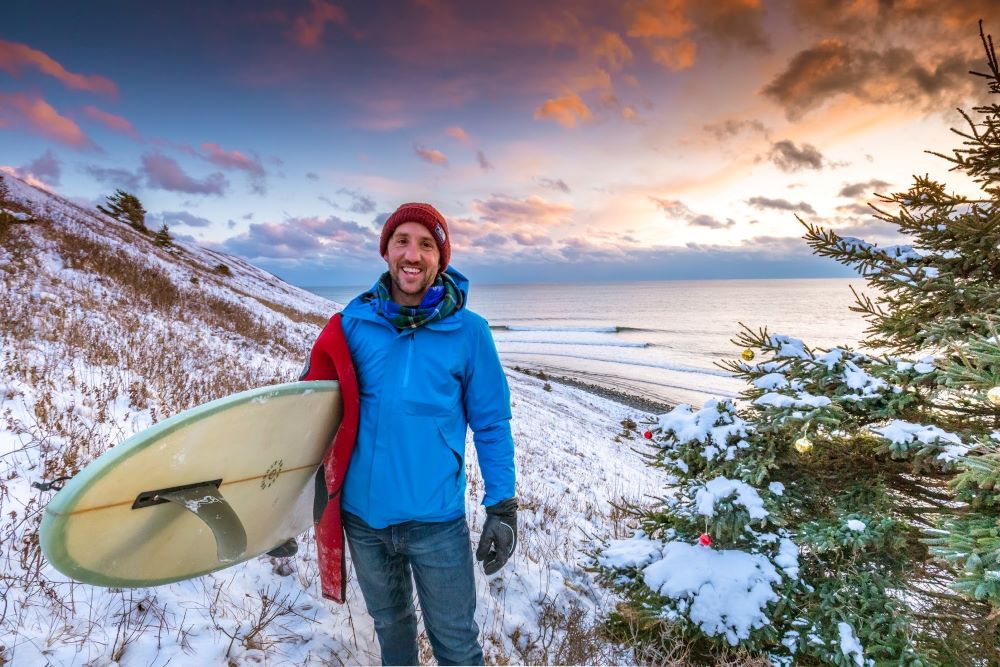 In the north, the Northumberland Strait, more closed and exposed to cold sea currents, can freeze in winter. 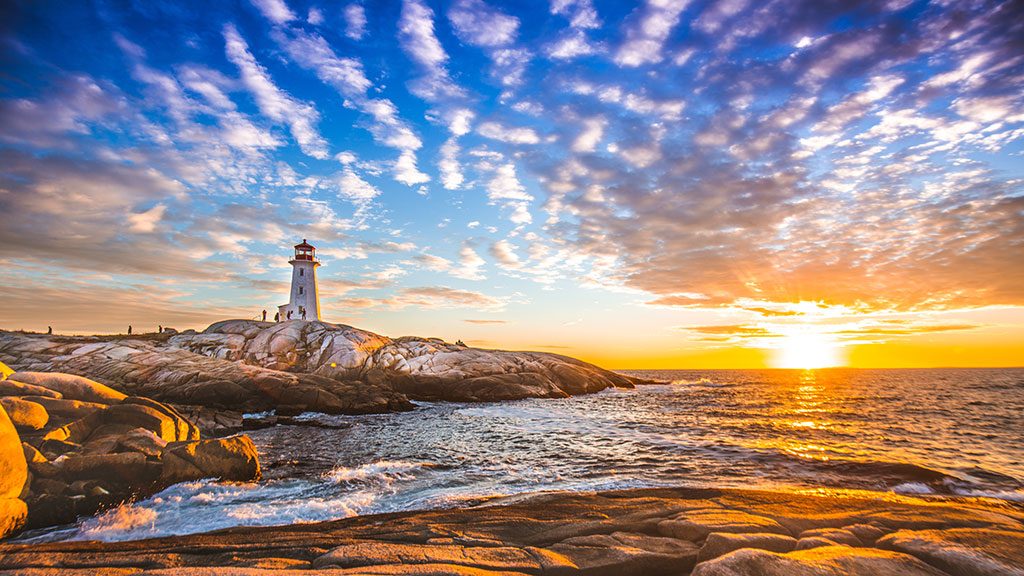 From July to October, Nova Scotia can be reached from time to time by hurricanes of the Atlantic, which bend towards the north-east after affecting the Caribbean. They are generally weak by the time they reach Nova Scotia because they have to cross a cold sea, however they can still bring abundant rainfall and strong wind. The strongest hurricanes were Ginny in October 1963 and Juan in September 2003.

Nova Scotia is a fairly flat province, although in the interior there are hills, called Highlands, whose highest point is White Hill, 538 meters (1,765 ft) high, located in Cape Breton Highlands National Park, on Cape Breton island. Warm, fohn-like winds can descend from these hills on the west coast of the island (see Chéticamp, Grand Étang).

In the north-west, in the bay of Fundy, there are the highest tides in the world, around 12 meters (40 ft). From mid-July to early September, whales can be observed in the same bay.

Sydney is located in the north, on the northeastern coast of Cape Breton island.

On average, there are around 1,815 sunshine hours per year.

Amherst is located in the north of the peninsula, near the coast (Chignecto bay, which freezes in winter), and on the border with New Brunswick.

On average, there are around 1,775 sunshine hours per year.

Halifax, the capital, is located on the Atlantic coast.

On average, there are around 1,960 sunshine hours per year.

Yarmouth is located in the southwest, on the coast of the Gulf of Maine, in the mildest but also foggiest area of the province.

On average, there are around 1,900 sunshine hours per year.

3. When to go to Nova Scotia

The best time to visit Nova Scotia is from June to September, as it is the mildest of the year. July and August are the warmest months.

5 reasons to study in Germany

Economy of the United Kingdom