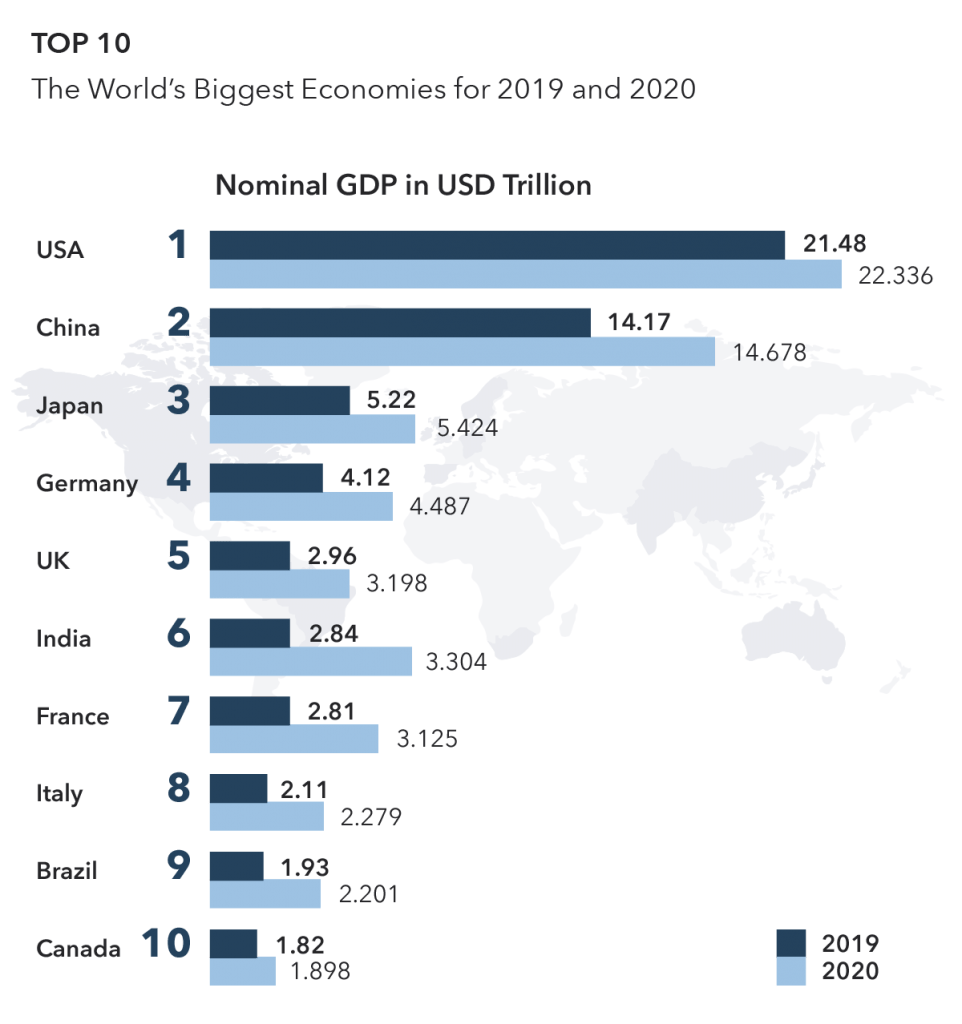 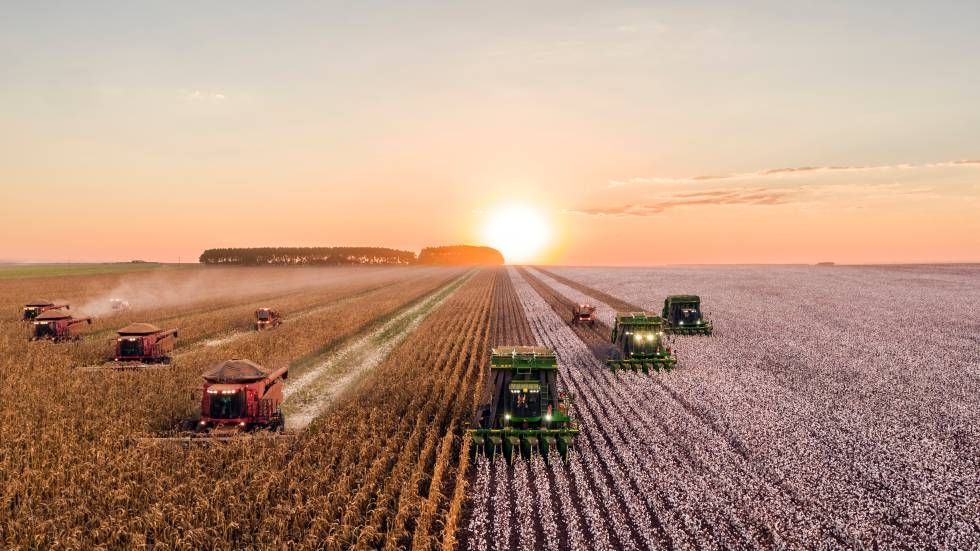 The United States is a highly industrialised country with high levels of productivity and use of modern technologies. Key sectors include agriculture (corn, soy, beef, and cotton); manufacturing of machinery, chemical products, food, and automobiles; and a booming tertiary market focused on finance, insurance, real estate, rentals, and leases. The American agricultural sector is without doubt, one of the world’s largest, with California alone producing more than one-third of the country’s vegetables and two-thirds of its fruits and nuts. Nevertheless, agriculture only accounts for 0.9% of GDP and employs 1.4% of the workforce. 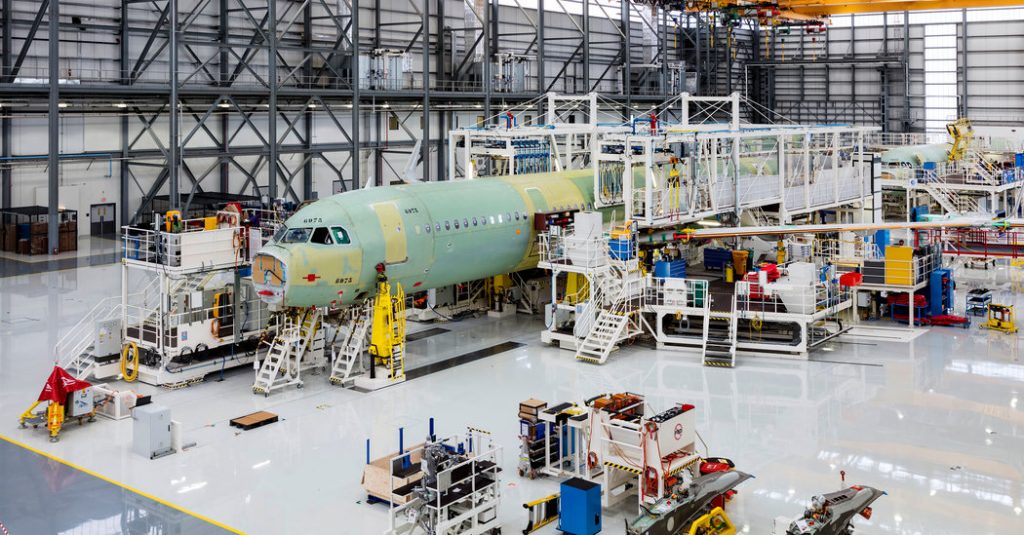 Including a broad range of activities, the industrial sector contributes over 18.2% of GDP and employs 19.2% of the workforce. Besides the industries mentioned above, the country is also the world leader in the aerospace and pharmaceutical industries. Thanks to its abundant natural resources, the United States has become a leader in the production of a number of minerals. The country is the world’s largest producer of liquid natural gas, aluminium, electricity and nuclear energy. It is the world’s third largest oil producer and, for a number of years, has also been developing shale gas extraction on a large scale; US shale oil output has also reached record levels in recent years (Reuters). The manufacturing sector had been under pressure for much of the second half of 2019, as U.S. and Chinese tariffs slowed trade between the two economies and around the world. However, the sector grew by 1.8% in 2019.

The American economy is essentially based on services. The tertiary sector accounts for more than three-fourths of GDP (77%) and employs over 79.40% of the country’s workforce. A big portion of GDP is composed of finance, insurance, real estate, rental, and leasing sector (18.2%) and the educational services, healthcare, and social assistance sector (8.2%). The governmental sector (at federal, state and local level) accounts for around 11% of the country’s GDP. The remaining 5.7% of the workforce is classified as “nonagriculture self-employed” (US Bureau of Labor Statistics).

Reasons why America is a great place to start a business 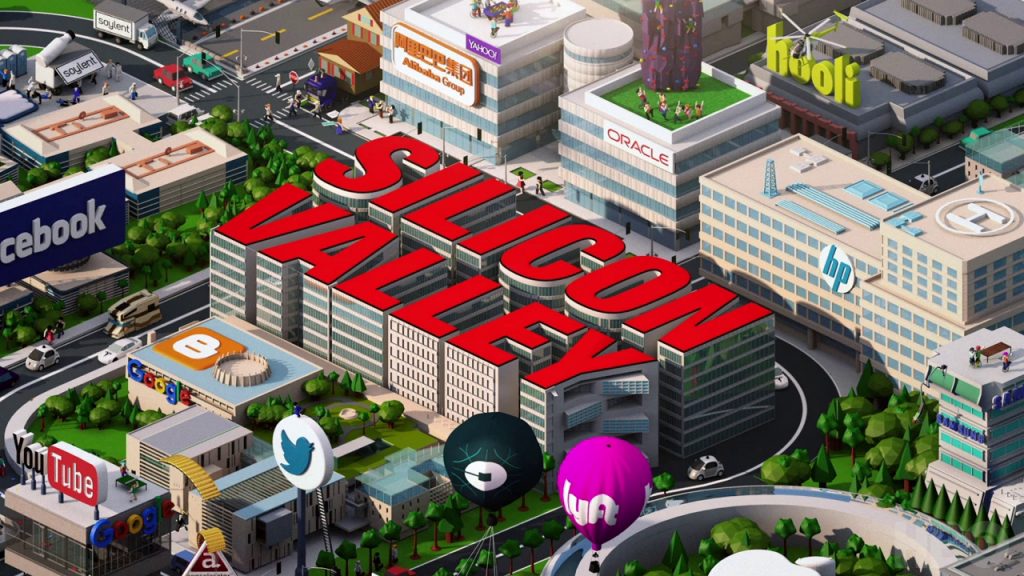 Setting up a company in the US is the first step in creating a global brand. Famous companies like Google, Apple, Facebook, Twitter, Uber, AirBNB and so many others were formed in America and expanded globally. Other companies started overseas, like Uniqlo, then became global brands after becoming successful in the US. If you are considering investing in or setting up a company in the U.S., there a number of reasons why you should go forward with your plan.

In comparison to many other countries, the U.S. is still a wealthy one with over 320 million people in the U.S, many of whom like to shop. There is a wide diversity in income and interest levels and you will find a market in the U.S. whether you are selling computer parts, rain gutters, shoes or any other product or services.

Many states and some cities offer financial incentives to foreign investors who will establish their business in a specific location. Some incentives are in the form of tax credits and the country has recently lowered commercial real estate taxes for foreign investors. In addition, the U.S. government offers a myriad of assistance to U.S. businesses that will be available to you when you set up your U.S. business.

All 50 states are interested in increasing the business environment and many cities encourage you to invest in their community. You have virtually unlimited choices for where to set up your business and can choose a geographical terrain and climate zone that suits you.
The U.S. has trade agreements with 20 countries which provides a marketing advantage to U.S. based manufacturing companies. This increases your market by 425 million people. Add this to the approximately 320 millions of Americans and you can see the potential for your business being successful.

The U.S. is home to 4,000 colleges and universities and more than eight hundred thousand foreign students go to school in America. There are community colleges and technical schools all committed to training students to enter the workforce at all levels. No matter what your business is, you will find hundreds of skilled workers just waiting for the opportunity you can offer them when you begin hiring workers for your new business.

The United States has a stable political environment which, according to the well-known firm of Ernst and Young, makes it the “most attractive market for venture capital and private equity funding.” Of all countries involved in international trade, the World Bank ranked the U.S. fifth for its overall “ease of doing business.”
Movement of goods 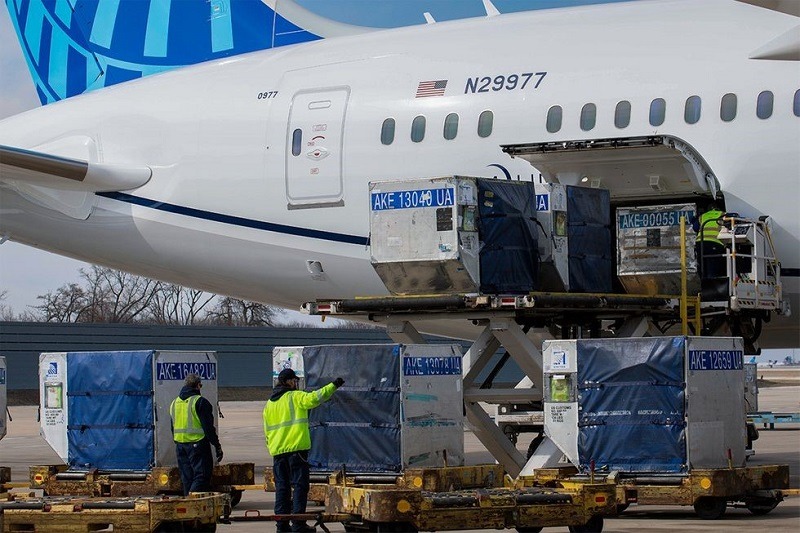 If your business is manufacturing or selling goods, the U.S. provides efficient connections to the world-wide market through air, sea, rail and highway travel. The U.S. is home to seven of the top 10 cargo moving airports for efficient moving of goods. 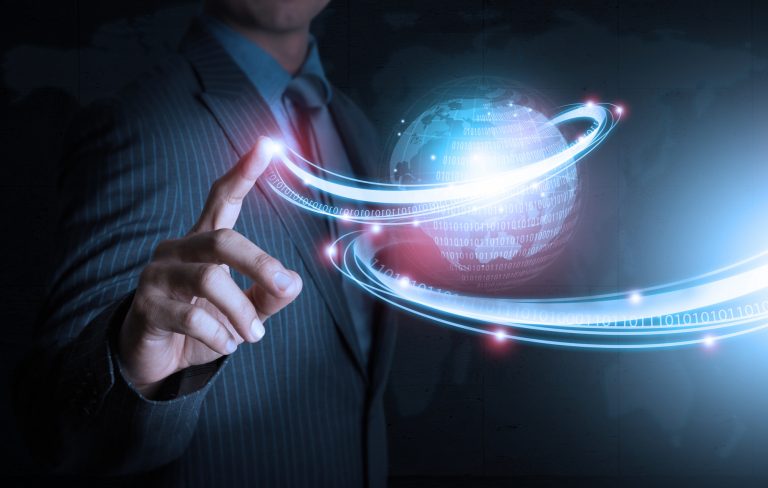 Access to advanced technology, which the U.S. is known for, increases the desirability of the U.S. as a place to do business. Many foreign investors are starting companies in the U.S. just to have access to the advanced technological innovations which will enhance their business production and world-wide communication.

Cost of living in Grenada

Relocate to the UK with a Cypriot citizenship