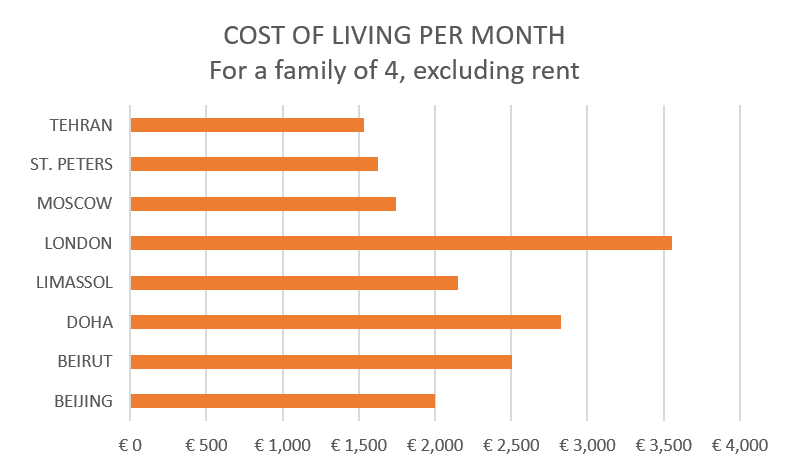 There are still compelling reasons to move to Cyprus, aside from the weather. The costs of accommodation, communications, education and healthcare are all fairly low and, for the most part, of good quality. On the other hand, the prices of consumables such as groceries and magazines are fairly high, while clothes are usually subject to import taxes, driving up their prices.

Southern Cyprus tends to be more expensive than the Turkish-occupied northern part of the country, especially in terms of rent. Most expats prefer living in the south because it generally has better job prospects and higher salaries.

Cost of food in Cyprus

Groceries in Cyprus tend to be cheaper than in the UK, especially when it comes to fruit and meat. Beer and cigarettes also tend to be cheaper. If expats opt for small, local restaurants they will be able to save quite significantly and sample some of the fine cuisine on offer in Cyprus, which is a cosmopolitan blend of Greek, European and Middle Eastern cooking. 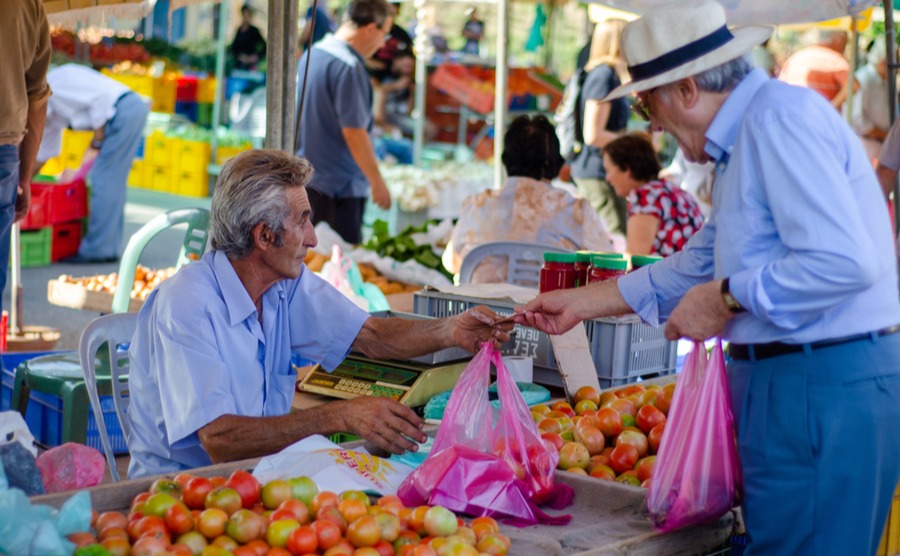 Cost of transportation in Cyprus

Cyprus doesn’t have a well-established rail network, however, buses are very much available at reasonably low prices. The downside is limited routes. Most expats prefer driving as it is the most convenient option.

In terms of numbers, for a one-way ticket, you will fork out €1.50 compared to the UK’s €2.70. If you’re driving, a litre of gasoline costs €1.25 compared to an average in the UK of €1.35. Generally speaking, transportation is much cheaper in Cyprus.

Cost of living in Cyprus chart

Prices may vary depending on product and service provider. The list below shows average prices for June 2019.