Weather and Temperature in Cyprus

Cyprus has an intense Mediterranean climate, which includes long and dry summers from May to October, and mild winters from December to February. During the summertime, the sky is cloudless and temperatures are high, but the sea breeze enables a pleasant atmosphere in the coastal region. Thunder showers occur mainly in the mountain region, arriving mostly during the early afternoon hours. During the hottest period, from the beginning of July to the end of August, daily temperatures range between 30° C in the central plain area and 24° C on the Troodos Mountains. The average maximum temperatures during these two months vary between 38° C in the lower region and 27° C in the upper area.

Like in many Mediterranean countries, winters on this island are mild, with rain and snow on the Troodos Mountains usually happening during the Christmas period. In the lower regions, there is abundant sunshine which is present even in December and January. This period has an average of 6 hours of bright sunshine per day, while during the six-month summer period, the average amount of sunshine is 11.5 hours per day. In January, which is the coldest month, the daily temperature is 10° C in the central plain, and 3° C in the mountain region, while the average minimum temperature ranges from 5° C to 0° C. 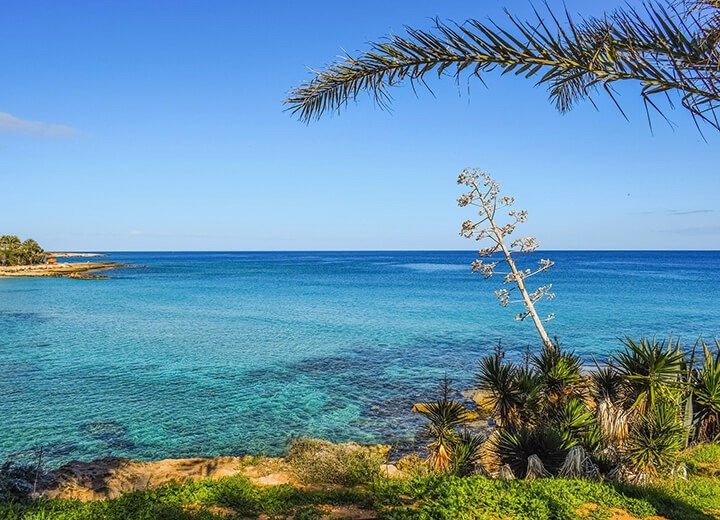 The weather forecast information in Cyprus can be easily checked through various media sources:

All this information can be also checked on the government’s official meteorological website.

Some green cards just got a lot more expensive