EB-5: Annually 10,000 worldwide, with no more than 7.1% of those issued to nationals of one country. The per-country limit and overall worldwide limit for this visa have been problematic for Chinese, Vietnamese, and Indian investors.

E2: None. There were more than 40,000 E2 visas issued in 2018, and that number is likely to rise. Thankfully, there is no per-country limit and, in fact, no overall limit to the number of E2 visas that can be issued in a year. 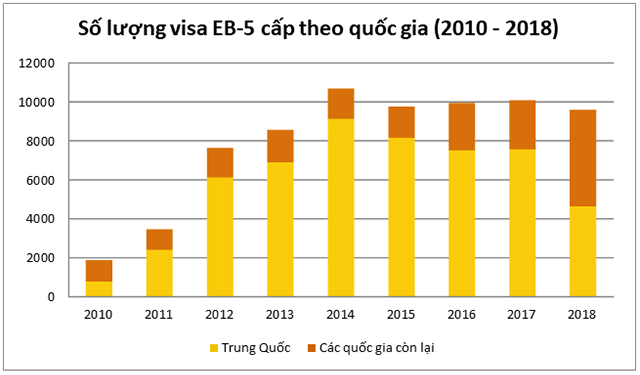 EB-5 vs. E2 Nationality of Investor

EB-5: Main applicant can be a national of any country in the world (China, Vietnam and India are currently backlogged). The country of origin/nationality for EB-5 purposes is typically determined by country of birth. There is a possibility to be “chargeable” to another country if the applicant is married to someone who was born in another country. But, simply having a passport from another country isn’t going to help side-step the line EB-5: 2-14 years. For nationals of China, India, and Vietnam, the wait can be more than a decade.  Even for nationals of non-backlogged countries, the wait will likely be a minimum of two years. That’s quite a bit of time to have money tied up and still have no legal basis to live and work in the US. Also, for those clients who are moving to the US in order to further their children’s education, waiting for years may not be a realistic solution

E2: 3-6 months. The E2 visa is a non-immigrant visa (more about that later), so the process is simpler and faster. In fact, the Department of State review time (after applying but before the interview) varies from 2-10 weeks in most instances. From the date of the interview, it will take about one week to get the E2 visa affixed to the investor’s passport.  The longest part of this process is waiting for the client to gather documents.

E2: $100,000-$400,000. In fact, there is no minimum amount of investment needed in order to get an E2 visa.  The amount of the investment simply needs to be “substantial” considering the type and location of the business. (As I tell my clients, a night club in Manhattan will require much more investment than a family accounting firm in Lincoln, Nebraska.) With so little guidance, it’s difficult to tell any client with certainty that they have spent enough in order to secure the E2 visa. That said, we know how much will not be enough to secure the visa, and that is generally anything less than $100,000.  (That said, there is an exception to every rule.  I have had several clients get the E2 visa for an investment less than $100,000.) The “substantial” amount invested is not tied to any geography or designated area. .

EB-5: In theory can be any business, but the investor does not have to work in the business. In theory, the EB-5 visa can be attained with an investment in any business.  That said, according to USCIS, historically, nearly all EB-5 visas issued were through Regional Centers. There are a wide variety of options, but they typically fall under the heading of major real estate development.  For those who are brave enough to do a direct investment, they will be running their business from afar in most cases.  At a minimum, this will be nerve-wracking; and in the worst scenarios, employees could run the business into the ground before the EB-5 visa is approved.  In addition, the number of employees should make sense to the business. That said, once the investor gets his/her green card, the options for work are limitless.  This likely has much appeal to the investors.

EB-5: After the visa is approved, very flexible. Once the EB-5 is issued, the investor will have permanent residency in the US. This means that he/she can travel in and out of the US at will for any period of time. (CAVEAT – Green cardholders must be in the US at least six months out of the year or may have immigration troubles.)

E2: Varies depending upon nationality. Each treaty country has a different agreement with the United States. As a result, travel flexibility varies greatly.  Countries with the most flexible visa (including Grenada) will allow multiple entries/exits from the United States for up to five years before the visa needs to be renewed. The countries with the least flexible visas only allow one entry to the US and no exits from the US. This means the visa holder will get the visa, come to the United States and have status in the US for two years. If he/she leaves the US, he/she will need to reapply at the US consulate in the home country in order to return. 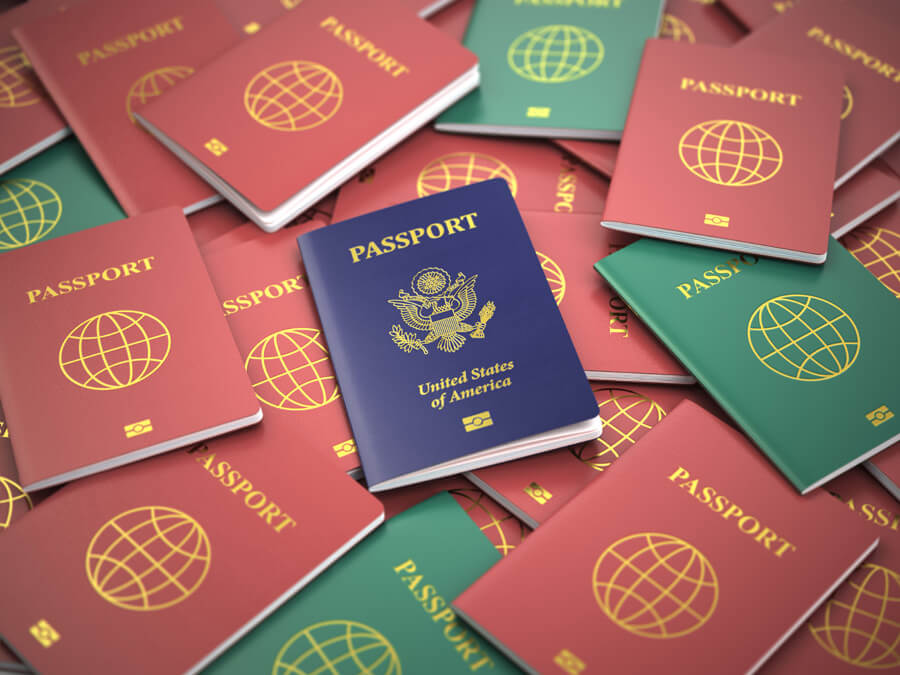 EB-5 vs. E2 Long-Term residency in the US

E2: Some of our clients asked how to convert a U.S. E-2 work visa into U.S. permanent residence. We recommend E-2 visa treaty investors to invest $900,000 into an EB-5 regional center project and be a passive investor there while continuing to operate their own E-2 visa business as well. The required 10 new jobs can be created indirectly this way by the regional center project. This is a cheaper way to get an EB-5 green card. Our U.S. immigration specialist attorney will be able to guide each investor on a personal basis.

EB-5: Children can come as long as they don’t “age out”. Unfortunately, the backlogs on EB-5 petitions can be so long that by the time the visa number is current, the child may no longer be eligible for a green card.  The date of filing and the child’s birthdate are incredibly important in figuring out if the child will be eligible to get the green card.  The Child Status Protection Act can be somewhat complicated, and dates should be confirmed with the attorney helping your client.E2.

E2: Children can come as dependents until 21st For those who are most interested in sending their children to school in the US, the E2 visa is ideal.  The child will be an E2 visa derivative and can attend school in the US until his/her 21stbirthday.  On that date, the child will need to get a different type of visa or will need to return to his/her home country.  (The most common type of visa the child gets at age 21 is the F1, which is a student visa.)