With such a large landmass, Turkey enjoys a variety of climates, earning the country the nickname ‘the land of four seasons’ (In Turkish: dort mevsim). From the temperate climate of the Black Sea region, where 80% of the world’s hazlenuts are produced, to the continental climate of the interior, and the Mediterranean climates of the Aegean and Mediterranean coasts, Turkey’s weather systems are geographically diverse. (Read more about Turkey Citizenship program)

In Istanbul and around the sea of Marmara the climate is moderate. In winter 4 degrees Celsius (39.2 degrees Fahrenheit) and summer 27 degrees Celsius (39 and 80 degrees Fahrenheit). In Western Turkey there is a mild Mediterranean climate with average temperatures of 9°C (48.2°F) in winter and 29°C (48-84°F) in summer. On the southern coast you will experience the same climate.

The climate of the Anatolian Plateau is a steppe climate (there is a great temperature difference between day and night). Rainfall is low and there is more snow. The average temperature is 23 ° C (73°F) in summer and -2 (28°F) in winter. The climate in the Black Sea area is wet, warm and humid. In Eastern Anatolia and South-Eastern Anatolia there is a long hard winter, where year after year snow falls from November until the end of April.

Turkey is a year-round destination depending on your wishes. Although the tourist “high season” (with associated higher rates) is from mid-June through mid-September, Spring and Fall are the best seasons to travel. The sun is warm and skies are generally clear. You can expect mild to warm temperatures and some rain during this time. These coastal regions have a typical Mediterranean climate with hot summers and mild winters. The swimming season becomes shorter the further north one goes: South Aegean and Mediterranean April to October.

These areas have a steppe climate with hot, dry summers, cold winters.

These areas have a hot summer with mild, rainy winters.

2. The climate of Istanbul

Istanbul exhibits different types of microclimates, such as the Mediterranean (Köppen climate classification Csa), humid subtropical (Cfa), and oceanic (Cfb) within its various zones. Istanbul, the capital of Turkey, is a transcontinental city between Europe and Asia that spans the Bosporus Strait between the Sea of Marmara and the Black Sea. The large water bodies near the city have a significant influence on its climate.

Istanbul’s landscape features seven hills, while the Golden Horn, a natural harbor, further divides the city. The average elevation is approximately 39 meters above sea level, and the topography consists of rolling hills, rivers, lakes, and marshlands. The varied topography, size, and two different water bodies to the north and south give rise to different microclimates. Earthquakes and tsunamis pose a threat to Istanbul as it lies near the North Anatolian fault. 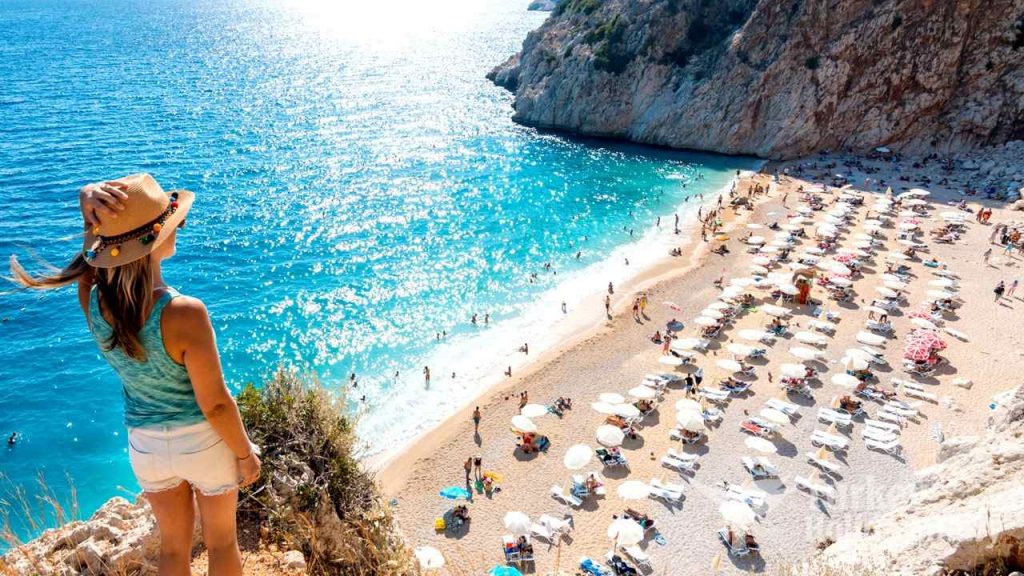 Summers are mostly hot and sunny in Istanbul with a high degree of humidity. The average high temperature at the peak of the summer is 26.7°C (80.1°F) in August. Winter is cold, and the temperatures occasionally drop below freezing, but the average low temperatures remain between 2.8°C (37°F) and 5.6°C (42.1°F). Spring and autumn tend to be warm and pleasant, but it is cold during early spring and late autumn. 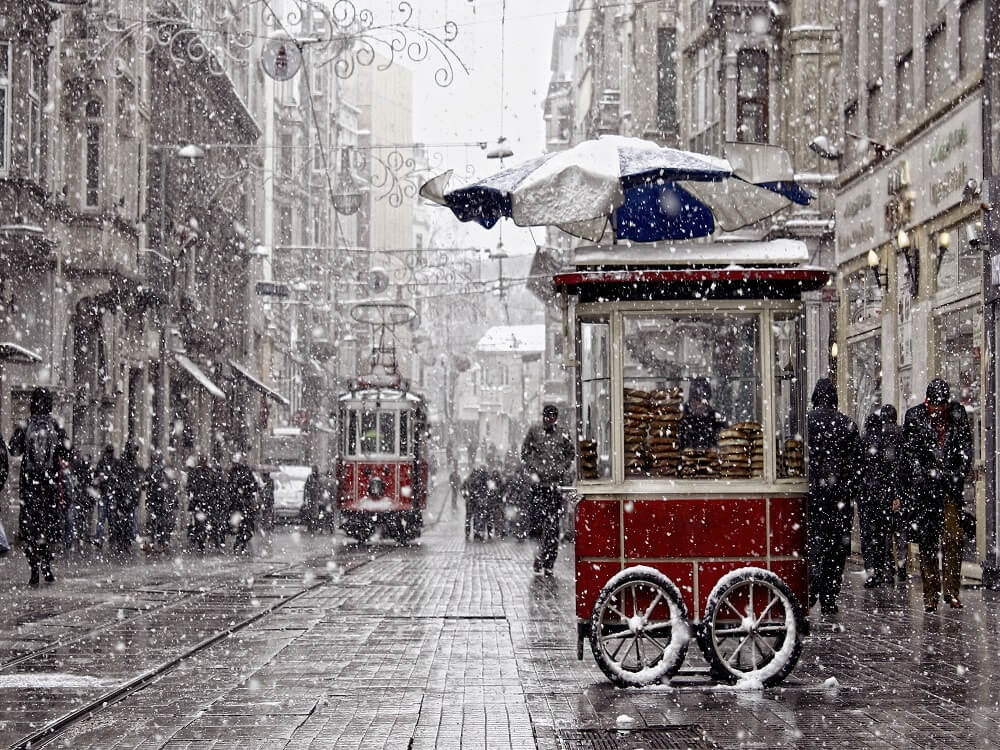 Annual precipitation of 812.8mm (32″) occurs throughout the year, while the rainiest months are from November to January. Istanbul receives annual sunshine of approximately 2432 hours, and the sunniest period is between June and August. Light snowfall and frost usually occur during the winter, but the city rarely accumulates large amounts of snow.

The humidity touches 80% in the mornings, and the dense fog in the northern part of Istanbul during late autumn and winter often disrupts the transportation through the sea. The sea temperatures are warm during the summer, and usually between 21.1°C (70°F) to 24.4°C (75.9°F).

The best time to visit Istanbul 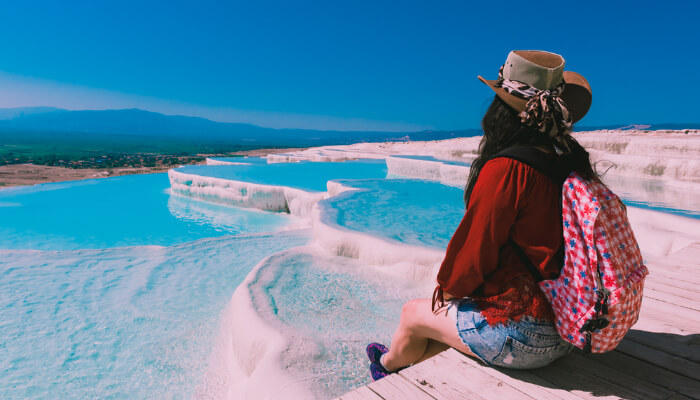 In summer: on the west and south coast (Izmir, Antalya), pack light clothes, a light sweatshirt for the evening, and a scarf for the breeze. On the north coast (Istanbul, Trabzon), you can bring a sweatshirt or sweater for safety; in the eastern part of the Black Sea coast, you can ass a raincoat or umbrella. In Ankara and the plateau, bring light clothes for the day, a sun hat, and a sweatshirt or sweater for the evening; in the eastern part of the plateau, you can add a jacket for the evening. In the south, on the border with Syria, bring lightweight clothing of natural fibers, a desert turban, and possibly a sweatshirt for outdoor overnight stays

When going to the reef, you can bring snorkeling equipment, including water shoes or rubber-soled shoes.

When visiting mosques, you must have your shoulders and legs covered, and take off your shoes.

Imprint of Vietnamese in Cyprus